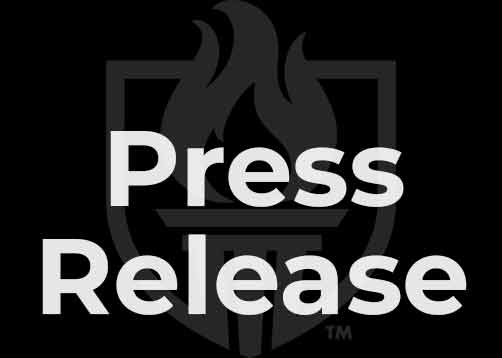 MONMOUTH, Ore. – Cristian Mendez-Garcia and Guadalupe “Lupe” Diaz were confirmed by the Oregon Senate to serve on the Western Oregon University Board of Trustees, succeeding former trustees Zellee Allen and Linda Herrera.  Mendez-Garcia and Diaz join new trustees Kari Nelsestuen, Angela Fasana, and Michael Reis, who were all confirmed during the June Legislative Days of the Oregon Legislature.

Cristian Mendez-Garcia, WOU Class of 2008, currently serves in T-Mobile’s Experience Center as a Global Care Business Operations Manager.  Active in T-Mobile’s diversity, equity, and inclusion efforts and Oregon’s migrant farmworker communities, Mendez-Garcia has observed “how an open dialogue between sets of individuals who are different, but open to learning can create a better sense of community and propel us forward as a people.”  Prior to joining the WOU Board of Trustees, Mendez-Garcia was a member of the Western Oregon University Foundation Board of Trustees.

Guadalupe “Lupe” Diaz graduated from WOU with a degree in Political Science in 2002 and brings nearly 20 years of business experience to the Board.  Diaz has worked in the financial services and insurance industries since 2005, and prior to that, worked to register Latinx voters with the Oregon Latino Registration Education Project.  Diaz is grateful for the opportunities WOU provided to him as a student and “wants to be a part of helping others achieve their goals and dreams with an education at Western Oregon University.”

Kari Nelsestuen, co-founder of Community Design Partners, spent nearly two decades researching and evaluating education initiatives aimed at improving outcomes such as K-3 literacy and college access.   A graduate of both Drake University in Iowa and Columbia University, her favorite role is coaching and facilitating teams as they learn and practice the mindsets and tools of equity-centered continuous improvement and design thinking.

Angela Fasana is the current Education Manager for the Confederated Tribes of the Grand Ronde.  Prior to her service as Education Manager, Fasana was the Tribe’s Court Administrator for nineteen years.  A resident of Willamina, Fasana was the school’s district tribal liaison from 2008 to 2017 and served on the Willamina School Board until 2019.  Fasana graduated from Portland State University and earned her law degree from the Northwestern School of Law at Lewis & Clark College.

Michael Reis, WOU’s Director of Academic innovation, was confirmed to serve as the Board’s designated staff trustee.  Reis joined WOU at the outset of the pandemic and his expertise in instructional design and learning management systems was invaluable to WOU amid the transition to on-line and hybrid learning environments.  Reis’ previous experience includes time at the University of Minnesota and Virginia Commonwealth University.   Reis “is committed to the belief that the purpose of higher education is to remove barriers to success from individuals and the communities they comprise.”

Board Chair Betty Komp stated: “We are grateful and excited to have all of the Board’s vacancies filled.  With a new president and complete Board of Trustees, we are poised to do great things at WOU.”

WOU President Dr. Jesse Peters shared: “It is an exciting time to be at Western Oregon University.  This is a strong Board of Trustees committed to serving the university, the local region, and the state of Oregon. I look forward to the things we will accomplish together.”

With the confirmation of the new trustees, WOU’s fifteen trustees include:

Western Oregon University, founded in 1856 in Monmouth, is the state’s oldest public university. Serving about 4,500 students, WOU is a mid-sized, NCAA Division II institution with about 70% of the student population being from Oregon. A significant portion of attendees are members of under-represented groups, veterans or non-traditional students. WOU is Oregon’s campus of choice for those seeking a transformative education in a supportive, student-centered learning community where classes are taught by faculty. Together we succeed.